The epitaphs in Leipzig’s Paulinum – Assembly Hall and University Church of St. Paul are among this year’s winners of the European Heritage Awards / Europa Nostra Awards. This was announced today in Brussels by the European Commission and the Europa Nostra heritage protection association. Regarded as one of the highest honours for cultural heritage, the awards recognise outstanding examples of heritage care. The epitaphs have been selected in the Conservation category. The funerary monuments were saved in 1968 shortly before the university church was demolished. In a project headed by Leipzig University’s Kustodie, some 27 epitaphs were painstakingly restored between 2002 and 2017. They have been on display in the altar area since the Paulinum was opened.

“We are naturally delighted by this award. We gratefully accept it and are filled with pride,” said Professor Rudolf Hiller von Gaertringen, director of the Kustodie and curator of the art collections at Leipzig University. Rector Professor Beate Schücking said: “I congratulate Mr Hiller and his team and the many other colleagues both inside and outside the University. The epitaph project is a wonderful advertisement for our university and a deserved winner of a Europa Nostra Award.”

The project was the Kustodie’s main activity between 2002 and 2017. The epitaphs’ painstaking restoration was made possible by donations totalling around 800,000 euros. “An ensemble of academic funerary art unrivalled anywhere in the world has been resurrected,” said Rudolf Hiller von Gaertringen. “The project also stands out in a European context insofar as this ensemble reflects the orientation of both Leipzig and its university as centres of international trade and cultural exchange since the Middle Ages.”

Built by the Dominican Order in 1240, the church with its late Gothic winged altarpiece was transferred to Leipzig University in 1543. Between 1543 and 1780, a number of funerary monuments were created for the academic elite and installed in the church. In the context of the third Higher Education Reform in the GDR in 1968, the historic university buildings in Leipzig were demolished to make way for a modern socialist campus. The university church was demolished on on 30 May 1968. Before the destruction of the church, it was possible to remove various works of art – including 45 epitaphs made of stone, wood and metal – and store them in improvised depots.

The restoration of selected epitaphs was carried out by the Dresden Academy of Fine Arts, the University of Applied Sciences in Potsdam, several independent restoration workshops specialising in stone, metal or polychrome surfaces, as well as by the in-house specialists at Leipzig University’s own Kustodie. Their stainless steel substructures were designed by engineer Thomas Bolze, while artist Thomas Leu of Halle/Saale was responsible for adding missing but necessary elements of the epitaphs. The Deutsche Stiftung Denkmalschutz (“German Foundation for the Preservation of Monuments”) helped to create a nationwide network of private and public donors to assist the project.

The Europa Nostra Awards jury noted that “this high-quality conservation of a valuable collection of art spanning several centuries, based on scientific research and documentation, represents the valorisation of a long-term effort to preserve the art treasures of the University Church of Leipzig and to successfully present and make them accessible in the original location of the University Church. Both the physical and social restoration of these artworks has been achieved while the new solution to present the artworks and their reassembly acknowledges how they were originally intended to be displayed.”

The competition is not over yet: heritage lovers and patrons of cultural heritage from Europe and around the world can now vote online for their favourite winner and decide which application will win this year’s Public Choice Award. In these times of confinement and physical distance, the European Commission and Europa Nostra hope that even more people than usual will honour this year’s award-winning achievements and nominate three public favourites. The Public Choice Award will be announced after the summer. This is when the Grand Prix laureates will also be published, each of which will receive a cash prize of 10,000 euros. 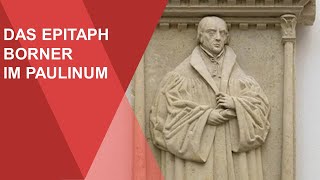